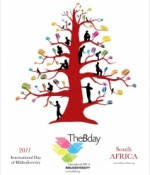 Today, September 21, is the second International Bibliodiversity Day, or EldiaB, a wonderful new initiative aimed at celebrating the diversity of literary cultures around the world. One of its key messages is the critical importance of independent publishing and bookselling in protecting and fostering local literary ‘habitats’ that generate a rich diversity of ideas.

I was invited to attend the Hay House Writer’s Workshop this week in Sydney and the phrase of the day was definitely author platform. In fact, if you assumed that a writing workshop run by the world’s leading Mind Body Spirit publisher would be filled with creativity exercises and meditations to help you write from the soul, you might have been disappointed.

According to festival bookseller Gleebooks, the top 10 bestselling books at the festival were:

1. The Brain That Changes Itself – Norman Doidge
2. A Case of Exploding Mangoes – Mohammed Hanif
3. The Thing Around Your Neck – Chimamanda Ngozi Adichie
4. Half of a Yellow Sun – Chimamanda Ngozi Adichie
5. Between the Monster and the Saint: Reflections on the Human Condition – Richard Holloway
6. The Next 100 Years: A Forecast for the 20th Century – George Friedman
7. The Slap – Christos Tsiolkas
8. Stuff White People Like – Christian Lander
9. Warchild – Emmanuel Jal
10. The Suspicions of Mr Whicher – Kate Summerscale

Chimanda Ngozi Adichie opened the 2009 SWF by urging us to foster, wherever possible, a multiplicity of stories and a voices to guard against the silencing effects of poverty and political domination. As SWF Chair, Sandra Yates, observed, Richard Flanagan’s closing speech was the perfect compliment to Adichie’s caution against the ‘single story’.

Where Adichie spoke broadly about the cultural and political importance of a diverse and representative library of international voices, Flanagan asserted the vital role Australian literature has played in forging our own cultural identity and voice. But, at precisely the time when Australia is one of the most productive and exciting centres of publishing in the world, we risk dismantling the very platform that allowed our writers and publishers to finally escape the colonial shadow of Britain and stand alone on the international stage.

The Sydney Writer’s Festival was officially launched last night by Nigerian star-on-the-rise, Chimamanda Ngozi Adichie. Adichie burst onto the international literary scene with her first novel Purple Hibiscus before winning the Orange Prize for her second book, Half of a Yellow Sun. Her latest work, That Thing Around Your Neck, is a collection of short… Read More ›

Richard Bilkey has been selling, marketing and distributing books for over ten years, managing independent bookshops, a major online retailer and, most recently, one of Australia's largest Independent Book Distributors, Brumby Books.

What am I talking about?